What is Fat Embolism? 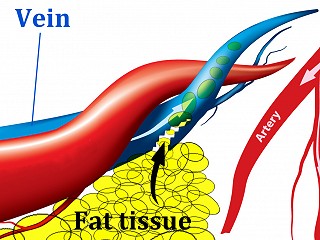 Fat embolism occurs when fatty tissue leaks into the blood vessels, travels through the bloodstream into the lungs which can cause blockage and death.

What is the risk of fat embolism?

Some studies estimate the risk of fat embolism in Brazilian Butt Lift (BBL) to be around 1 in 1000.

What is the risk of dying from fat embolism?

A study published in 2018 showed that the risk of death in Brazilian Butt Lift (BBL) is 1 in 2500 due to fat embolism. This makes BBL the most dangerous aesthetic operation.

To put this risk in prospective here are some examples:

How to reduce the risk of fat embolism?

Several measures have been recently recommended to reduce the risk of fat embolism in BBL. These are:

These safety recommendation are based on theoretical and anecdotal evidence. Some recent clinical reports suggest a reduction in the incidents of fat embolism but the exact figure cannot be concluded at this stage.

What is the medical advice?

Based on the available data, the British Association of Aesthetic Plastic Surgeons (BAAPS) issued a statement in 2018 calling on surgeons to voluntarily stop performing buttock enhancement procedures by fat transfer until a specialised group collects more data on the safety of this procedure and make their recommendations.  They recommend that anyone thinking of having a fat-graft buttock augmentation should await the emergence of further evidence.