Is Brazilian Butt Lift Banned in the UK? 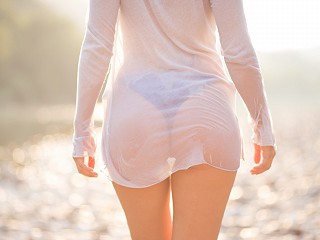 Brazilian Bum Lift (BBL) is the fastest growing plastic surgical operation worldwide, driven by the attention of social and mainstream media. However, a study published in 2017 cited the death rate from this operation to be around 1 in 2500 due to fat embolism. This is higher than any other cosmetic procedure.

In 2018, The British Association of Aesthetic Plastic Surgeons (BAAPS) distributed a recommendation to all their members, suggesting they refrain from performing BBLs, following the sad death of a British patient in Turkey while having this operation.

The BAAPS action was a strong drive for public awareness to the risks of this operation and played a role in driving research into developing safer surgical techniques. However, it could be argued that this action might be putting some patients at increased risks by denying them access to board-certified plastic surgeons in the UK or potentially driving them to seek this surgery abroad, where the care and regulations might be deficient.

These disputes were the subject of a heated debate between BBL international experts and leading surgeons at the latest BAAPS Conference in October 2019 covering scientific and socio-political arguments. The BAAPS president calling for maintaining the “moratorium”, “not a ban”, on their members for performing this operation. Dr Dan Del-Vecchio and Dr Alexander Aslani, two international experts on BBL, presented to BAAPS the latest scientific evidence about the safety of BBL and surgical techniques.

Following the conference, the BAAPS announced that it will undertake a formal review of evidence and conduct a survey of its members.

The demand for BBL is still growing and the procedure continues to be performed in the UK by surgeons and doctors who are not BAAPS members.

The key advice to patients is: